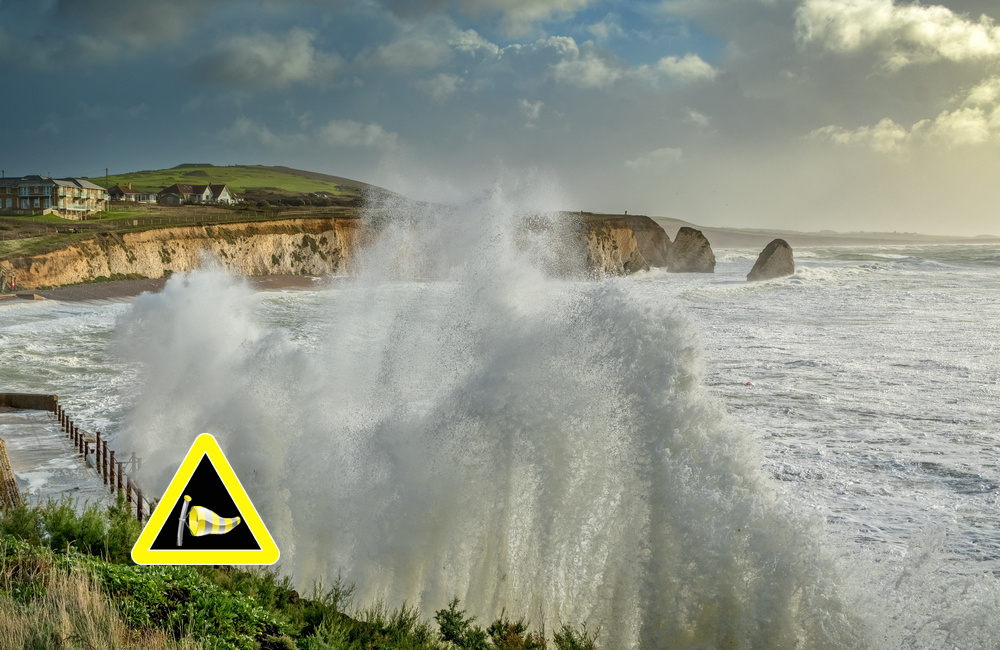 Today
Cloudy with some patchy rain and drizzle at times although during the afternoon some heavier outbreaks of rain will develop.
Temperature 14’c to 15’c
Wind WSW 22mph gusting to 32mph before easing and becoming SSW 15-24mph later
Rainfall 2-4mm

Tonight
Further showery outbreaks of rain through the evening and the first half of the night, some of which are likely to be heavy. Some brief clearer spells with scattered showers are expected after midnight but as we move towards dawn the cloud will thicken generally once again ahead of the next weather system approaching from the Atlantic.
Temperature 11’c to 13’c
Wind WSW 26mph gusting to 25mph becoming 35mph gusting to 60mph by dawn
Rainfall 2-3mm

Tomorrow
A significant storm system moving through with a spell of rain accompanied by severe gales to start the day. The cloud will break by mid morning to allow some brighter spells but also some heavy and blustery showers. As we move through the afternoon the wind will ease gradually although it will remain gusty around any showers that move through.
Temperature 13’c to 14’c
Wind SW 45mph gusting to 70mph (possibly higher) becoming WSW 36mph gusting to 50mph during the afternoon but gradually easing
Rainfall 3-6mm (localised rainfall likely)