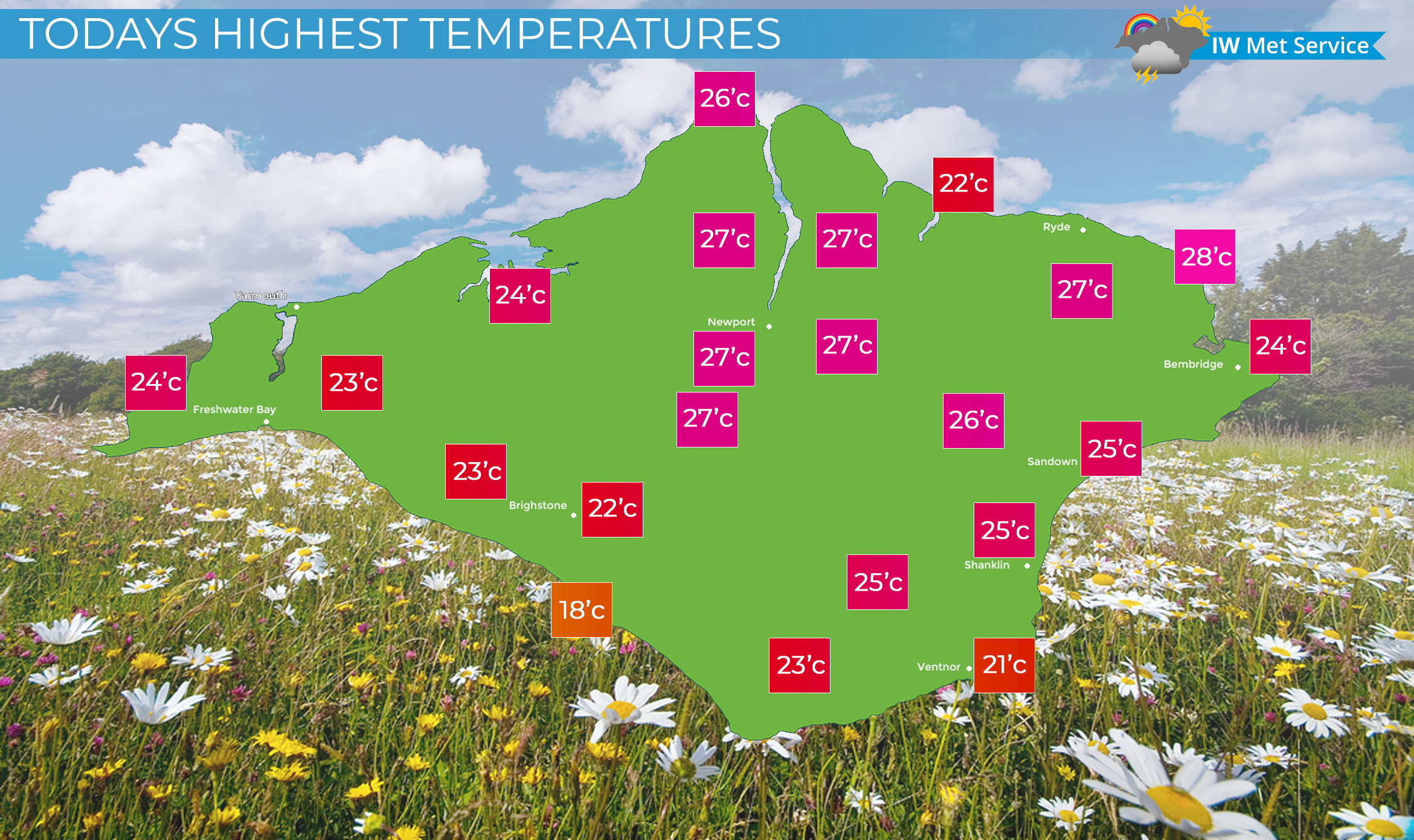 Hottest day of the year so far!

Today was the hottest day of the year so far in many parts of the island with temperatures in the mid 20’s almost everywhere in central and eastern parts, including our Shanklin station which reached 25.3’c.

In some parts however we saw temperatures reach in excess of 27’c with Seaview taking the record for the highest temperature so far this year at 28.1’c.

Places in and around Newport also hovered around 27’c for a good few hours this afternoon although locations in the far south and west saw temperatures closer to 22’c to 23’c, and only reaching 18’c to 20’c right on the beaches in those areas.

So why did today’s sudden surge of heat take us all by surprise?

A few days ago it was looking like today would be the start of a brief cooler spell, and this was all going to come about due to a cold front moving in from the west and introducing much cooler air behind it.

But this mornings computer model updates picked up on anything but “a cool down”.

They showed that a weak front was lingering very close to the east of the island and because of this, warm air was still pushing northwards along it, therefor preventing the westerly winds from developing which meant the cooler air stayed well to the west of the island.
Also a second front moving in from the west was expected to be influencing our weather, but this is currently sat well to our west, although will be moving in later tonight. 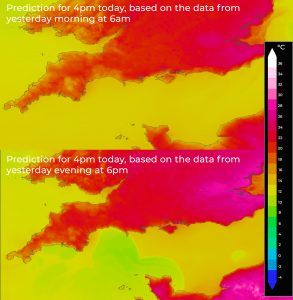 You can see on our temperature maps that there was a large difference between yesterday mornings prediction and last nights prediction.

Tonight will continue to see surges of heat move northwards along the front but it will gradually move away to the east as the night goes on and finally allow the cooler air to arrive from the west.

Tomorrow will see a much cooler and fresher day and that also goes for Saturday too but things will start to warm up once again as we move into next week.